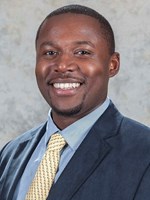 “Coach Wilson’s success as a player and a coach at the NCAA Division 1 level speaks for itself,” said Hutchinson, “But what we were most impressed with is his desire to be a good father, and to serve as a strong role model to the young men of Jamaica.”

Being named head coach of the first even Jamaica men’s lacrosse national team is a special “full circle” moment for Wilson. His family story is one of humble beginnings with his mother’s Jamaican background rooted in the rural simplicity of St. Mary’s Parish. Wilson’s mother migrated in 1983, settling in Freeport, NY, where he grew up and learned to love the game of lacrosse. He went on to shine football, track, and lacrosse at Freeport HS . He went on to play goalie for Lars Tiffany at Stony Brook University. Shortly after graduation, Wilson started his coaching career at Brown University, where he helped lead the Bears to a 2008 Ivy League Championship. Wilson then spent a year at Rutgers before joining Kevin Cassese’s coaching staff at Lehigh, where he has served for the past six seasons, the past three as Associate Head Coach.

Coach Wilson is excited and honored to be named the first head coach in the history of Jamaica Lacrosse, but the word that probably best describes how he is feeling is, grateful. The talented young coach has a long list of people he would like to thank.

“I would like to thank all my coaches along the way in every sport I ever played. I’ve been fortunate to be around some incredible coaches, teachers, support staff and administrators. I’m extremely grateful to all the head coaches I have worked for; Lars Tiffany, Jim Stagnitta and now Kevin Cassese; All of these men have been instrumental in my career and life,” said Wilson.

His comments appropriately echo the spirit and sentiment of Jamaican cultural icon and reggae legend, Bob Marley, who quoted Marcus Garvey in the hit song, No Woman, No Cry, “In this great future, you can’t forget your past. Wilson continued;

“I also want to thank Calbert Hutchinson, Dwight Clarke and Jamaica Lacrosse Association for entrusting me with the great honor and opportunity to lead Team Jamaica.”

Coach Wilson becomes passionately emotional when he talks about his family, and particularly his mother and the sacrifices she made for his family;

‘My Mother is my daily inspiration; She was brave and determined when she migrated to the USA in 1983, her sacrifice, commitment and dedication to myself, my sister Tyisha and our entire family has been a blessing for us all. My mother’s, competitive and ambitious nature reflect our Jamaican roots; she has instilled that in me. Lastly, I would like to thank my wife, Pat and our 2 boys Roman (5) and Solomon (1). I could not make this commitment without their love and support.  I’m honored to represent my family and my roots and my heritage as the head coach of Team Jamaica.”

Putting Coach Wilson’s supporting cast together was something that Hutchinson had to put a lot of thought into, as he wanted to ensure a balance of local leadership, world class coaching and candidates with Jamaican roots, which is what led him to identify Dale Walker as the associate head coach.

“Coach Walker has played an integral role in the growth of our boys and girls high school lacrosse league, here in Kingston,” said Hutchinson. “He is going to be tasked with our ongoing efforts to groom and develop the top local talent here in Kingston on a year-round basis. Dale will be an invaluable part of Coach Wilson’s staff.”

Walker serves as the head coach of the boys and girls programs at Wolmers Schools in downtown Kingston. He was also the beneficiary of an FIL Leadership grant that enabled him to attend the 2017 US Lacrosse Convention. In the coming weeks, Walker is helping the JLA run their first ever Level 1 Coaches & Officials Certification to help build capacity for the ever-growing Jamaica High School Lacrosse League.

Kevin Martin, founded Sweetlax, one of the nation’s top high school programs with elite teams based in Florida and New York. Martin has established himself as one of the top high school club coaches in the country, and will play an integral role as a member of the Team Jamaica staff.  Coach Martin has already played a major role in growing the men’s player pool and soliciting corporate sponsorship for Team Jamaica.

“Kevin is an outstanding coach and has developed a reputation as one of the best evaluators of talent in the lacrosse world. Beyond that, his work with youth lacrosse in Nantucket, MA, opened the doors of opportunity to many young Jamaican-American boys, and his relationship as a mentor and guardian to Hakeem Lecky (Kingston, JA / Nantucket, MA / Syracuse University), makes his role with Team Jamaica even more meaningful,” said Hutchinson.

Details regarding the try-out process for Team Jamaica will be announced in the coming days.