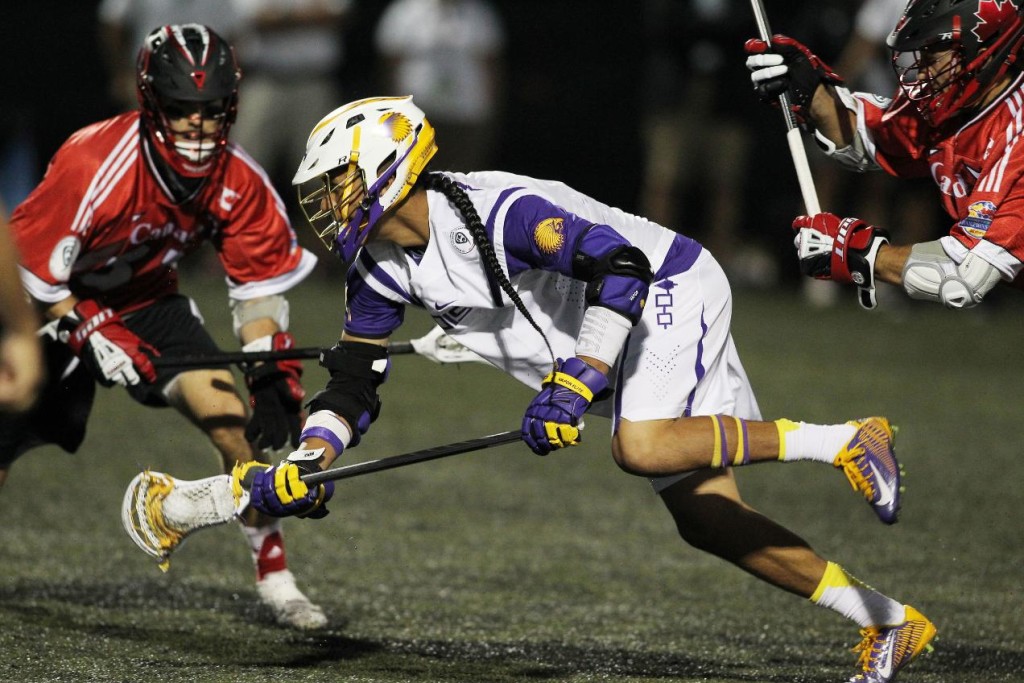 The Jamaica Lacrosse Association (JLA) is happy to announce they will be forming a diaspora team to compete in the LaxAllStars.com North American Invitational, which is being held on the sacred grounds of the Onondaga Indian Reservation, just outside Syracuse, NY. The event is taking place September 29 – October 1, and will feature teams from the Iroquois Nations, Europe, the USA and Canada.

“I think it is imperative that as we grow the sport of lacrosse here in Jamaica, that we pay our respects to the roots of the game,” says JLA President, Calbert Hutchinson. “So it carries some very heavy symbolism that the first time we represent Jamaica on the international stage, that we do it at the birth place of the game, surrounded by our brothers and sisters from the Iroquois Confederacy.”

Honoring indigenous people and maintaining an appreciation for its roots is nothing new to the JLA, all one needs to do is take a look at the series of high school competitions; each championship pays respect to different aspects of the islands history, cultural, roots and indigenous people, which is a thoughtful “tip of the cap” to the Native American people.

“Lacrosse is the indigenous sport of the Western Hemisphere, which is why we name our boy’s high school lacrosse championship the Taino Cup” continues Hutchinson, “The tribes of North America, are the ancestors of the indigenous people of Jamaica, the Taino, most of whom died off shortly after Christopher Columbus landed in Jamaica. We also honor the African roots of our people in our girl’s high school championship, the Maroon Cup, named in honor of black slaves that were suffering from the same colonial oppression the Iroquois and other native people fell victim to, so in everything we do, lacrosse wise, we want to do it in a manner that honors and respects the roots of the game and the roots of Jamaica, which is what has shaped the current culture of our people.”

The reverence felt for the Iroquois people is a big part of participating in this event and carries some heavy symbolism for Hutchinson and others, but it also serves as an important starting point on Jamaica’s road to the 2018 FIL World Championships in Manchester, England. The JLA has been focused solely on developing the sport locally over the last four years, and the substance and quality of play is steadily improving, particularly at the high school level. However, there are well over 1 million members of the Jamaican diaspora living in the USA and Canada, the two top ranked lacrosse countries in the world, and many Jamaicans that have settled abroad have excelled at the sport dubbed “the fastest game on two feet.”

“We have received a lot of interest from talented lacrosse playing members of the diaspora over the last few years, but have kept our focus on developing local talent and school based programs.” Said Hutchinson, “We’ve always wanted to have a true Jamaican based organization, and while we have a long way to go, we feel the authenticity of that has been established. We are developing the game at a grassroots level locally in Jamaica, and our high school programs are really gaining steam, our roster for England will showcase the home grown local talent, but it would be foolish to not consider many of the world-class Jamaicans now living in the USA and Canada, that are eligible to try-out for the team.”

Jamaica is a proud and competitive nation, and Hutchinson is confident that a team featuring top local talent meshed with international standouts like former NCAA DI All-American and professional lacrosse player, Hakeem Lecky, will make a splash in their FIL World Championship debut in 2018.

“This event is the starting point of a diaspora engagement strategy; we are forming a committee to mobilize people outside Jamaica that want to support our work,” said Hutchinson. “We are in the process of outlining the timeline, format, location and process for the try-outs. We are also identifying other lacrosse tournaments and events for members of the diaspora to participate in as a team.”

Members of the diaspora (male and female) that are interested in trying out for the national teams can enter the player pool, by submitting an online form on the National Teams page of the JLA website here.