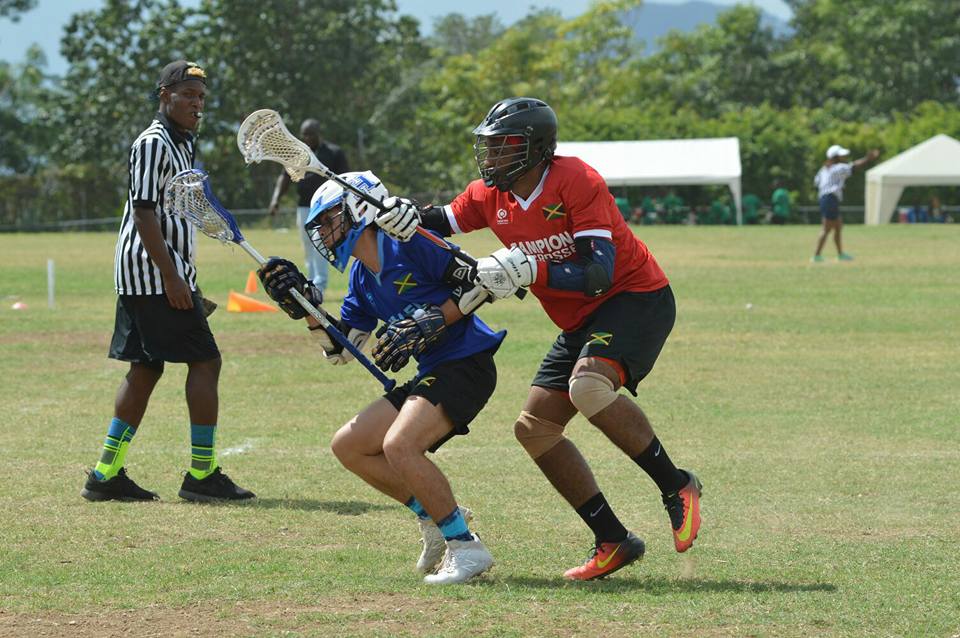 Kingston, Jamaica – The atmosphere was electric as fourteen different teams marched on to the sports grounds of Hillel Academy for the start of the 2017 Jamaica High School Lax Champs competition earlier today. When the dust settled on over five hours of intense lacrosse competition, two teams went undefeated to claim the top rankings heading into next week’s play-offs at St. George’s College. Kingston College claimed the top spot for the boys, topping Jamaica College and Wolmer’s, while defending Maroon Cup Champions, St. Hugh’s cruised past Alpha and Wolmer’s to keep hold of their top ranking.

“The sport of lacrosse won today,” stated Calbert Hutchinson, President of the Jamaica Lacrosse Association (JLA). “These young men and women are falling in love with the game and starting to compete at a high level, but most importantly, they are having fun.”

One thing is for sure, it was certainly a fun, high energy atmosphere on the beautiful grounds of Hillel Academy. The day was very well organized and the energy levels stayed high from start to finish as all the teams in attendance put on a show, entertaining the spectators with the fast paced sport of lacrosse (dubbed around the world as the “fastest game on two feet”). If you were observing the sport for the first time here in Jamaica, it would be hard not to think that this sport could be “The next big thing” here in Jamaica.

These results served to dictate the rankings for the start of the Jamaica HS Lax Champs play-offs next week at Emmet Park on the campus of St. George’s College. The game schedule is as follows:

More about lacrosse in Jamaica:

Lacrosse is a new sport here in Jamaica, but is the fastest growing team sport in the USA and Canada. Jamaica is a member of the Federation of International Lacrosse and hopes to participate in World Championship events in the future.  For more information on the Jamaica Lacrosse Association, you can visit www.jamaicalacrosse.org. For more information on the Federation of International Lacrosse you can visit www.filacrosse.com