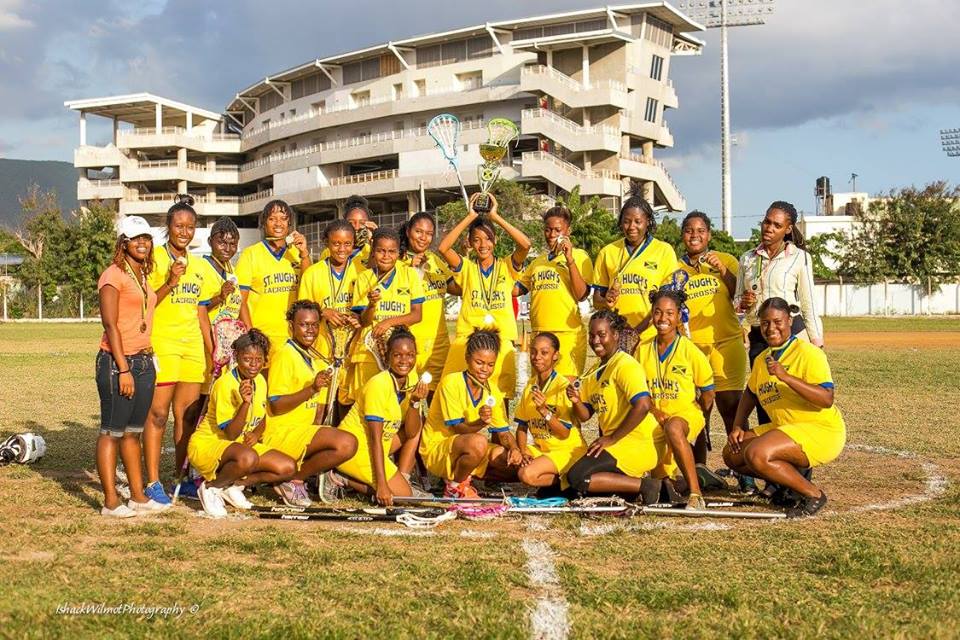 The young ladies of St. Hugh’s were given quite the scare from the underdog squad of Alpha Academy who had the game tied 2-2 deep into the first half, but ultimately, the skill and athleticism of the favored St. Hugh’s team was too much in the second half. As the game moved on, the St. Hugh’s squad, pulled away to an 8-2 win, staking their claim on the Maroon Cup, and putting themselves in the history books as the first ever champions of girl’s HS Lacrosse in Jamaica.