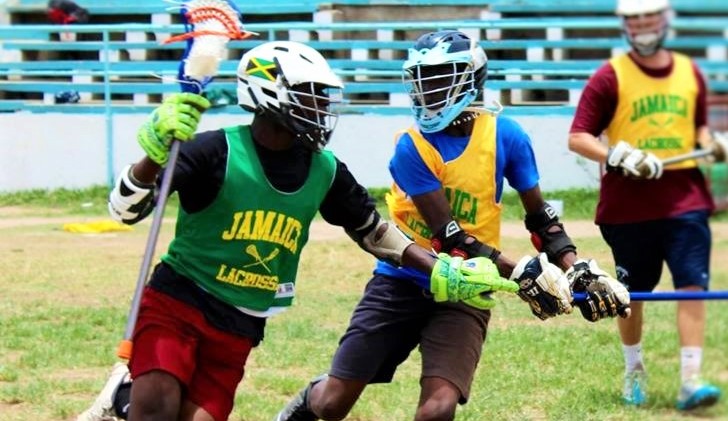 Excerpts of an update sent to Men’s National Team Player Pool from Calbert Hutchinson, JLA President:
Before I update everyone on details regarding the 2018 Men’s National Team thank everyone that competed in and supported the team at the Lax All Stars North American Invite a few weeks ago in Syracuse, NY. The team made some serious noise and finished in 6th place out of 12 teams. Special thanks are in order to Nick Rose of the Toronto Rock, for helping fill a couple roster spots with experience box players. I definitely think we will be able to put a Jamaican team together for the next Box Indoor Lacrosse championships in Langley British Columbia in 2019… I have also been very encouraged by the interest from the young ladies in Jamaica and abroad that want to start forming women’s national teams to compete in FIL World Cup events. The future is bright for everyone in the Jamaica Lacrosse family.
But first, a few things to go over in regards to the 2018 Squad:
The actual tryout process and timeline:
This will be a bit of an evolving process and is unique in that we will have two separate groups trying out in two different locations, and FIL rules to consider, but here is an overview of what we are hoping to achieve:
Heritage Player Tryout Timeline:
June 2017; Heritage player training camp in NJ. (Weekend and location TBD).
July 29-30: Heritage player team competes as Team Jamaica club squad at the War at the Shore tournament. *Following this event, the player pool will be narrowed and a determination on any necessary future tryouts will be made.
Local Jamaican Player Tryout Timeline:
*A training group is currently being formed to develop the top young male players in Jamaica. The top players are being invited to join this group to prepare themselves for their training camps. This group will get together on a weekly basis.
2016-17 Winter Training Camp: December 27 – January 6
July 2017: Ongoing evaluations and development at our Summer Camp.
2017-18 Winter Training Camp & Final Evaluations: December 27 – January 5
January 2018 final selections and roster announcements.
IF YOU DON’T MAKE THE TEAM: There is supposed to be a men’s club lacrosse event running in Manchester along side the FIL World Championships. Club teams from all over the world will be attending. Players that do not make the national team could form a Team Jamaica club team to participate in that event. We also want to keep growing our heritage teams and the Jamaica Lacrosse family abroad, so we will want to keep everyone as involved as possible.
Stay tuned for more information in the coming days and weeks.