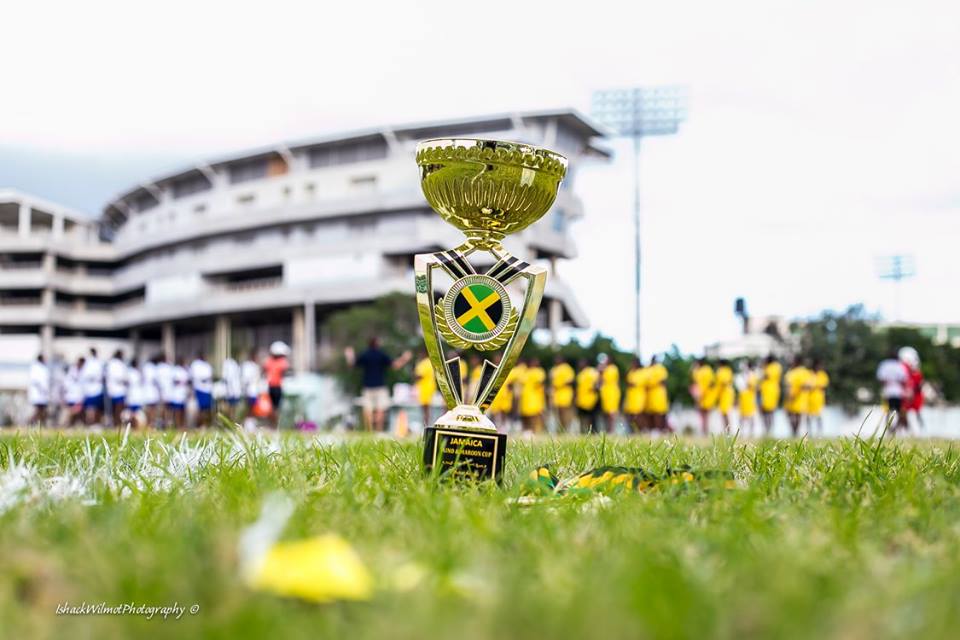 Jamaican sports history will be made in the coming week as the first ever school boy lacrosse champions will be crowned in the first ever Taino Cup lacrosse competitions. A champion will also be crowed on the girls side with the inaugural Maroon Cup, which will feature the young women of Alpha and St. Hugh’s respectively.

While the women’s finals are already set, the boys are in the midst of a competitive play-off tournament to see who gets to compete for the bragging rights of putting their school in the history books as the first ever Jamaica HS Lacrosse Champions.

The boys have been playing games over the past month to determine the rankings  heading into the Taino Cup championship rounds. Over the past month, St. George’s College has established itself as the team to beat, while Holy Trinity has been the biggest surprise of the season upsetting STGC in a scrimmage and topping respected programs at Kingston College and Wolmer’s.

St. Georges College brings the most experienced team to the Taino Cup competition, with excellent leadership from midfielders Darnel Simpson and Denielson Niel, who dominates face-offs. The midfield is completed by Alex Benjamin, whose size and athleticism are unmatched. Attackman David Shady is a reliable offensive ball-handler, who frequently connects with 4th former Kenyon Amos to generate scoring opportunities. While STGC is an offensive powerhouse, they lack depth and experience on defense and in the goal. If another team can possess the ball on St. Georges’ end of the field, the inexperienced defense will be challenged to keep the game under control. This looms as a huge opportunity for the skilled Holy Trinity offense to capitalize on the mismatch. Over all, the STGC team is well-led, capable and disciplined, making them a strong contender for the championship. 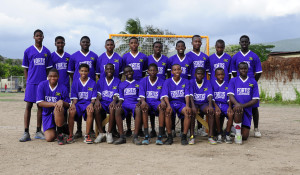 Kingston College presents an athletic, if not lacrosse savvy team which relies on midfielder Devoy Ellis’ leadership as captain and 5th former Imani Sinclair’s skills to score goals. Sinclair dominates the midfield using his many years of experience to his advantage, occasionally finding 3rd former Kobe Bryan. The offense is completed by attackman Jarumi Lara who has a few years’ experience, and the young tenacity of attackmen Nathan-Edward Haynes and Kyriek McLeod. 3rd form defenseman Sadiki Shaw is a powerful, athletic new lacrosse player, protecting his equally new classmate Sean-Pierre Coke in the goal. Coke has grown into his position in the net, but his inexperience has led to some trouble stopping shots from the better offensive units he has faced. KC is a strong team, but will be choked offensively if their opponents can contain Sinclair on defense. Furthermore, despite Shaw’s hard-nosed play, they lack defensive depth, which could lead to an overwhelming volume of shots on their young goalkeeper.

Holy Trinity High School brings a balanced team across the board. Leading the pack is 5th form midfielder Shamoy Brevitt who is one of the most dangerous offensive players amongst all teams, using his size, speed, and experience to his advantage. Brevitt is flanked by midfielder Javene Webber who has flashed his offensive and defensive capabilities so far. At attack Holy Trinity boasts 4th form Collin Sterling, a lefty with strong offensive capabilities who has also shown the skill set to be a reserve goalkeeper. Leading the team on the defensive end is Goalkeeper Odane Reid, who has shown the ability to make game changing saves. A young player to watch is 3rd form Alex Edwards who will be looking to make an impact for his team. Holy Trinity upset St. Georges’ in overtime during scrimmages early in the season which showed the teams capability. If the team spreads the ball out amongst Brevitt, Webber, Sterling, Edwards on the offensive end and Reid can catch fire in the net then this team will be dangerous for anyone to face.

Wolmer’s brings a team with little experience but great organization and hustle. The team is led by 6th form attackman Elias Fennell who is their leading scorer and go to player on the offensive end. The midfielders are led by  Ian Silvera and Carson O’Sullivan. Ian has great size and tenacity. He is one of the top defensive midfielders from all four teams. Carson is valuable at the face-off X showing great flashes at times and has been a contributor offensively for the team behind Elias. Brain Weston has also contributed to the team having the versatility to play midfield or attack. This team defensively has been aggressive and applies relentless pressure on the ball. This is directed by 4th form goalkeeper Chadwick Hamm who has been invaluable on the defensive end making many great saves for the team and leading the defense on the field. If Wolmer’s can harness their offense by finding a way to put some goals up early in a game and couple that with their tenacious defense then they could be a tough team to put down.